Ever had poutine? It's a Québécois dish, consisting of french fries topped in fresh cheese curd and then smothered in brown gravy. 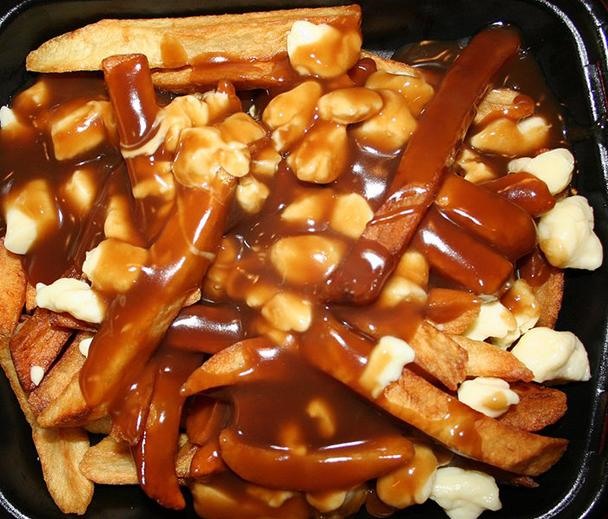 Regardless of personal taste (personally, I find it stomach churning), just imagine stuffing your face with as much poutine as possible for ten whole minutes. 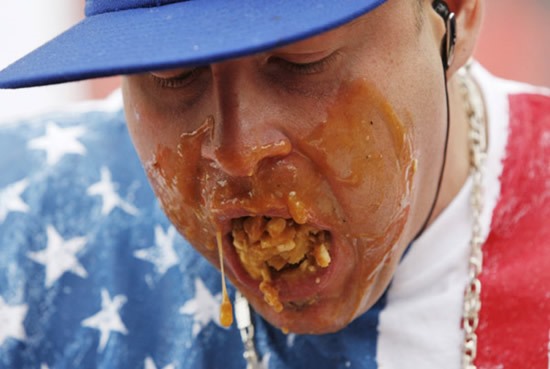 But apparently not so nauseating for competitive eater Pat 'Deep Dish' Bertoletti of Chicago. Last week he was crowned the winner of Toronto's World Poutine Eating championship, where he downed a total of 5.89 kilos of poutine. 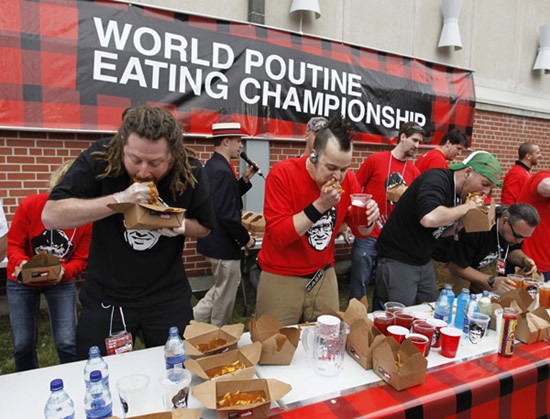 Via the Toronto Sun:

"The 24-year-old chef sporting a mohawk said he had no idea how he ate so much.

'I think it's just poor genetics, I'm a mutant,' he said, adding he'd only eaten poutine twice before. "So many elements, the gravy, the cheese, protein, carbs, it's definitely difficult. It felt good for about five minutes and then after that I just wanted to stop eating honestly.' 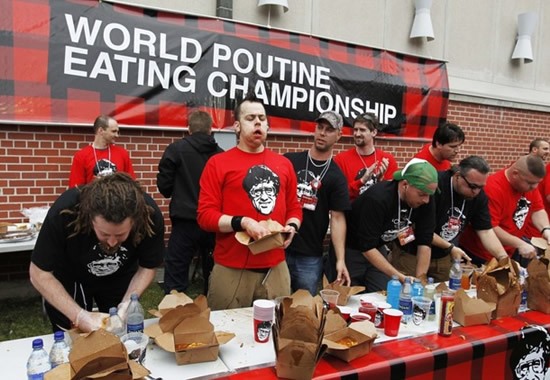 The 86-kg eater's ability to abide furious fistfuls of fries earned him the top prize of $750 and a trophy — a pile of 1980's electronic junk topped with a fork holding a French fry.

This wasn't the first world record for this newly crowned Prince of Poutine.

He also holds world titles for eating the most pizza slices (47) in 10 minutes, the most blueberry pies (4.1 kilos) in eight minutes and several pickled jalapeno pepper records, to name a few." 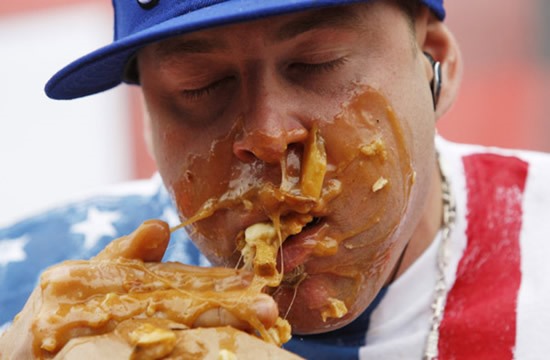 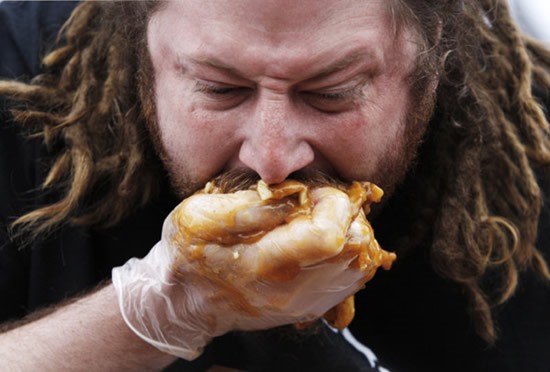 I think I'm going to be sick.

However, in the off chance you're inspired, here's some competitive eating HowTo tips from famed Nathan's Hot Dog champ, Joey Chestnut:

The actual dish doesnt look too bad, it reminds me of the kfc combo bowl. But for pete sakes, do they really need to eat it so disgustingly? I would have probably tried some but ugh.