The battle between Pepsi and Coke has been a grueling one, with both sides securing their secret formulas for great tasting, addicting sodas behind lock and key.

But even big time companies screw up every now and then, and one of the most guarded trade secrets in the beverage industry has busted out of the safe—the recipe for Coca-Cola. And if you can believe it, it's actually been out in the public's eye for quite some time now—since 1979. 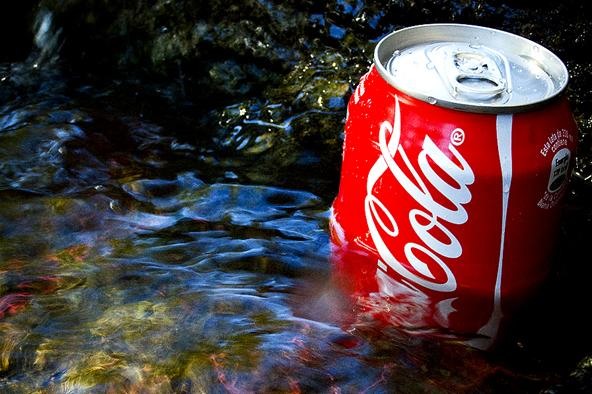 On Monday, the syndicated radio show "This American Life" revealed that the original Coca-Cola recipe was discovered in an old newspaper column from Feb. 18, 1979, in the the Atlanta Journal-Constitution.

The article's columnist reported discovering the hand-written Coke recipe in a notebook passed along by pharmacists through the generations. The article has a photo of a book open to a recipe which was described as a copy of Dr. John Pemberton's original formula for Coca-Cola in 1886.

It has been reported that only two people who know how to mix the secret ingredient called "Merchandise 7X" are alive at any one time. But now it's probably like 2 billion.

And the secret formula for Coke is...

One thing to keep in mind though...

The modern version of Coca-Cola uses "spent" coca leaves. Spent coca leaves are run through a process that extracts the cocaine. But cocaine extraction doesn't get rid of cocaine alkaloids at a molecular level. Thus, today's Coke contains trace amounts of cocaine.

And now that you have the secret formula for Coca-Cola, it's time to start making it. If you know anything about making soda at home, great. If not, check out some of the videos on WonderHowTo for some homemade cola guidance.

I think the current high fructose corn syrup and caffeine is enough for today's soda fiends.

And where could I find some coca? Or some fluid extract of coca? Damn.

good to know the secret