Serious Eats' Burger Lab offers an extensive guide to making sliders at home. For those who have not sampled the beloved American classic, a slider is NOT just a mini hamburger. Nope, there's much more to it than that. 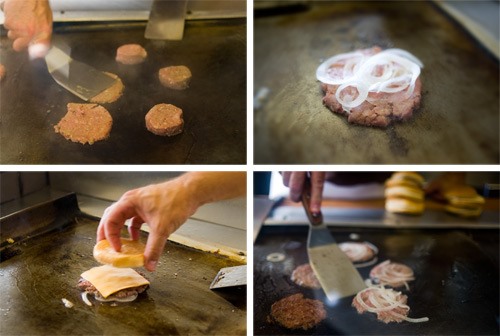 "Invented in Wichita, Kansas, in 1916 by Walter Anderson (who five years later founded White Castle), sliders were at one time the predominant form of burger on the planet. Weighing in at under two ounces, the diminutive sandwiches are made by slowly steam-griddling thin, all-beef patties on a bed of onions.

The aromatic steam from the onions wafts through and around the beef and buns, which are placed directly on top of the patty as it cooks. When fully steamed through, the buns become mere wisps of moist pillowy bread—the physical manifestation of sweet, pungent onion vapor. Topped with melty American cheese and a couple slices of pickle, it's the cheeseburger in one of its purest, most noble forms and as a genre, is completely unimprovable."

So, how does one make the perfect slider? Serious Eats breaks it down.

Your buns must be "Wonder Bread-esque squishy" and smaller than your average hamburger buns. Apparently not always so easy to find.

Use a fatty cut, specifically either fresh ground chuck or fresh ground second-cut brisket. Serious Eats recommends "1.5-ounce patties flattened into three and a half-inch disks to just barely cover the surface of the bun".

Serious Eats reports that "the onions are in fact a more important element to the slider than the beef itself. They add moisture, they add flavor, they provide that all-important aromatic steam. Without onions, there can simply be no slider." 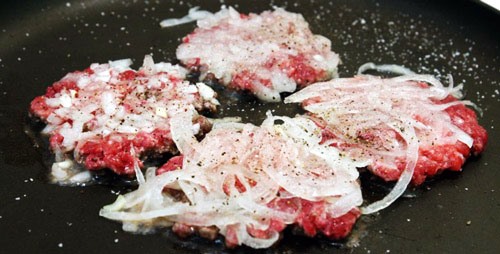 "Rather than starting with the beef, they first cover the griddle with a layer of reconstituted dehydrated onions (apparently they made the switch from fresh onions during World War II food shortages and have never looked back). The onions and their liquid are allowed to slowly warm and soften, before frozen patties of beef with the distinct five-hole pattern (intended to hasten cooking time) are added, and topped immediately with both bottom and top bun.

So what does this mean? Well, the key difference is that at White Castle, the beef never touches the griddle. The cooking is done 100% via steam from the onions." 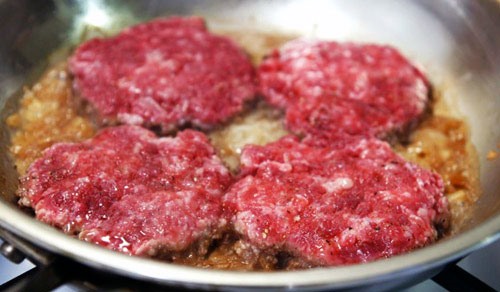 What does that mean? Steam the patties on a bed of onions, instead of direct contact with the griddle.

Yes, you want those buns nice and squishy. 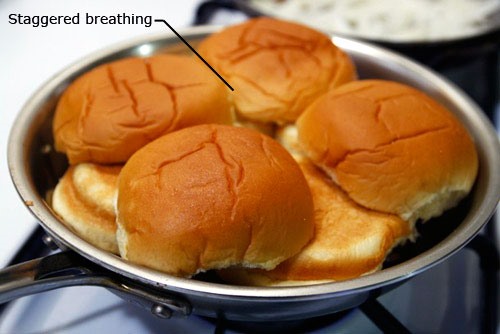 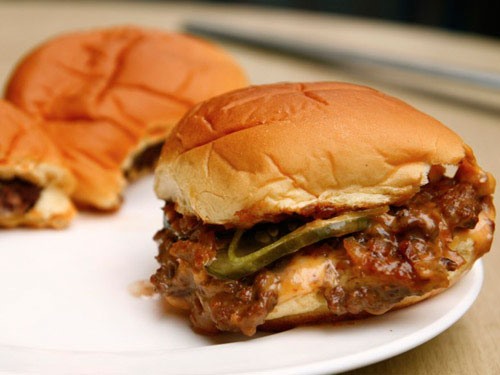 For many more tips and details on the cooking process, click through.

And most importantly: The Ultimate Sliders Recipe.